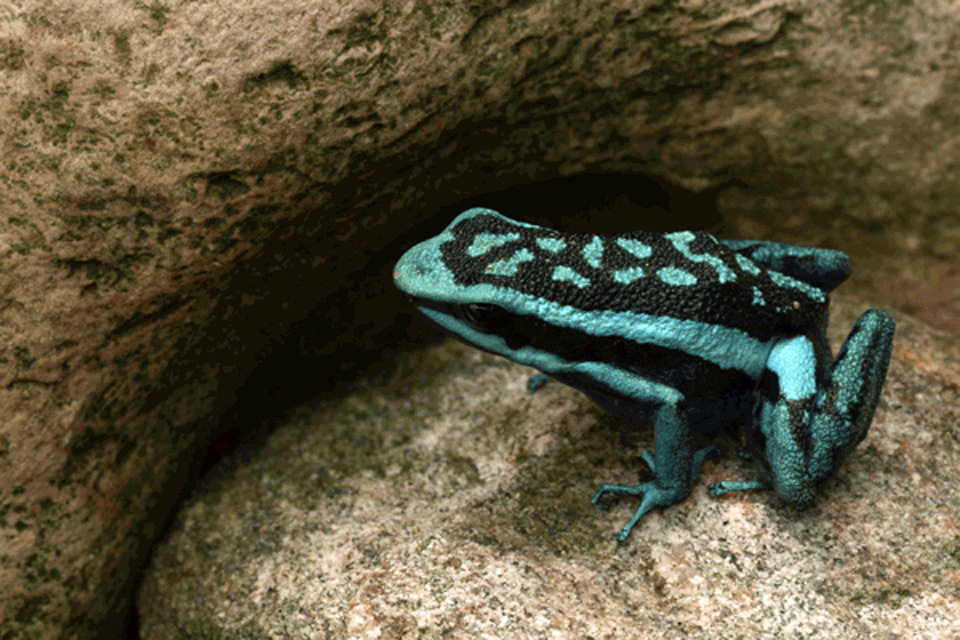 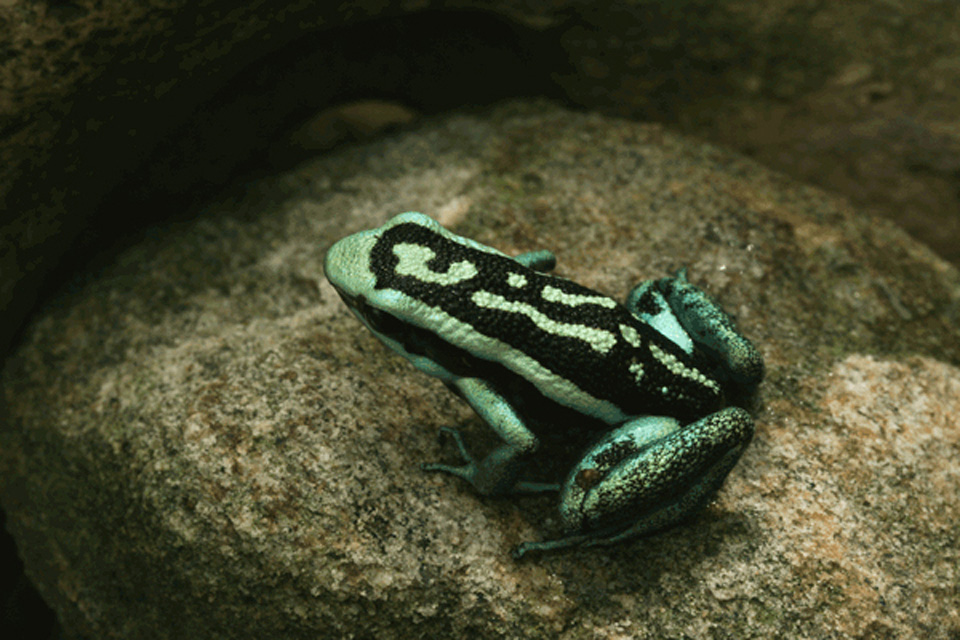 Ameerega bassleri "Blue/Chrome Green" AB-SPTESH
Colouration within this morph is variable, from blue to chrome green, and occasionally with a silvery hue as seen with this individual.
PLEASE CONTACT US FOR PRICES 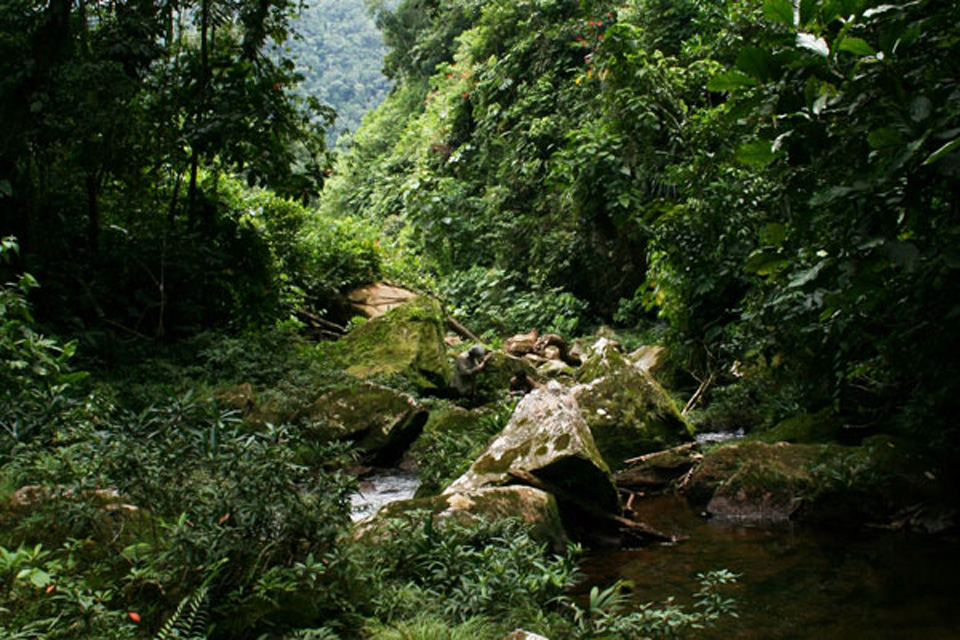 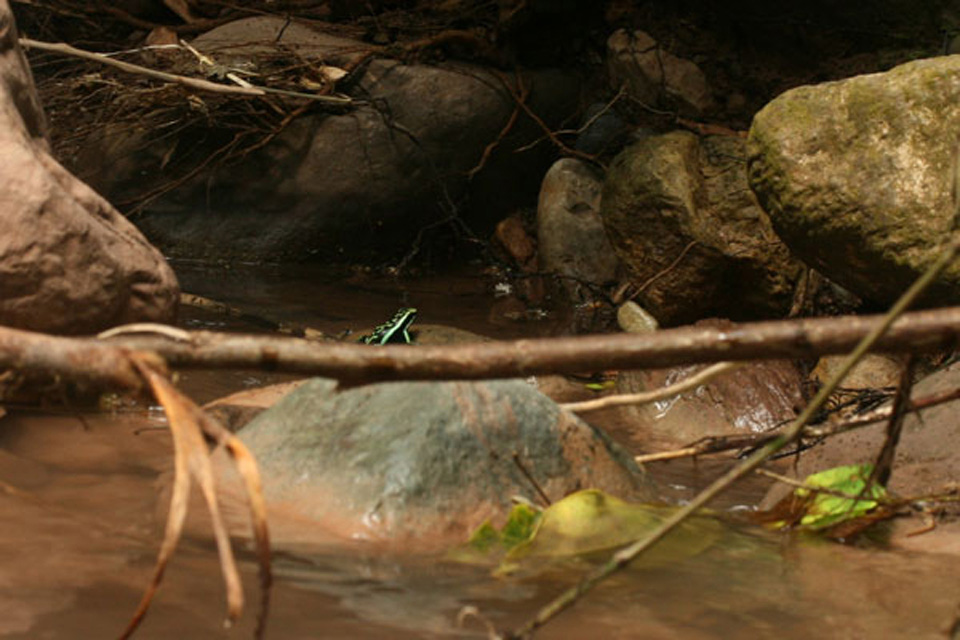 This large species is endemic to Peru where it is found most often associated with rocky montane streams. Males often call from amongst the lithophytes laden streamside boulders. Bassleri is abundant in suitable habitat, however some phenotypes such as the blue/chrome populations are exceedingly rare in nature due to generations of deforestation. Other populations fall within communal reserves and national parks and thus are afforded some degree of protection.

Bassleri adapts very well to captivity. Being large Ameerga they are capable of large jumps, but are not quite as "jumpy" as trivittata, and should be provided a relatively spacious terrarium (we recommend no less than 24"Lx16Wx16H). Though closely associated with water in nature, running water in the terrarium is not mandatory, but sure looks nice. A varied diet and good lighting will help these frogs achieve their full potential.