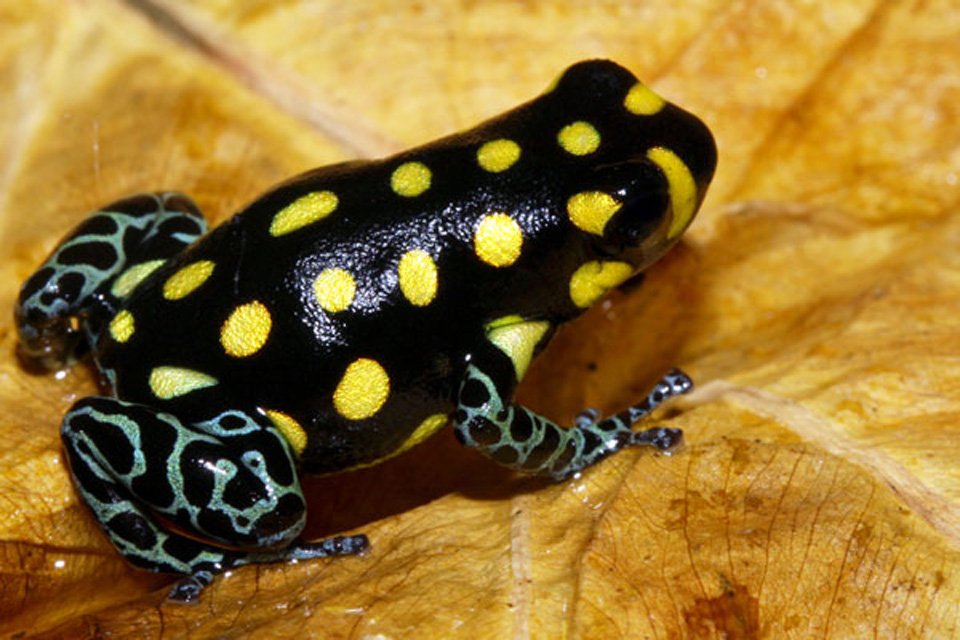 From east central Peru and adjacent areas of western Brazil we find one of the few uniformly spotted Ranitomeya species. Vanzolini is spottily distributed over a fairly wide range, throughout which it rather uncharacteristically presents very little variation in terms of colour or pattern. In our encounters with vanzolini in the field they have almost always been in association with Xananthasomas. This spotted frog is an inhabitant of the lower strata of the forest and does not venture into the upper reaches of the canopy.

Unfortunately, vanzolini has been heavily smuggled throughout the last several years, and this has taken a noticeable toll on two of the most well known and accessible populations, those at Atalaya and Sepahua, have been decimated through illegal collecting. It is so well known that gringos buy this frog in Atalaya that we were even offered specimens by an airport security officer in the Atalaya airport, which is especially remarkable considering we had just arrived and expressed no interest in amphibians.

Our exports in 2008 represent the first ever commercial export with CITES documentation from either Peru or Brazil.

Not a particularly challenging species in captivity, its main downfall is that in our experience it is a bit reclusive, especially if tadpoles are being raised somewhere in the vivaria. Despite this, the species is a beautiful one, and a very interesting terrarium subject.