We had an incredible summer here in SW Ontario, the nicest weather I can remember, at least as far back as before the time before I had frogs!  Despite the nice weather, we were hard at work and have nearly completed an entire overhaul of our rearing infrastructure.  This should allow us to increase and improve our offerings and work more efficiently at raising froglets.  We are also standardizing most of our breeding terraria, and as such we have a lot of used acrylic terraria available to anyone who would like to pick them up.  Many sizes are available. 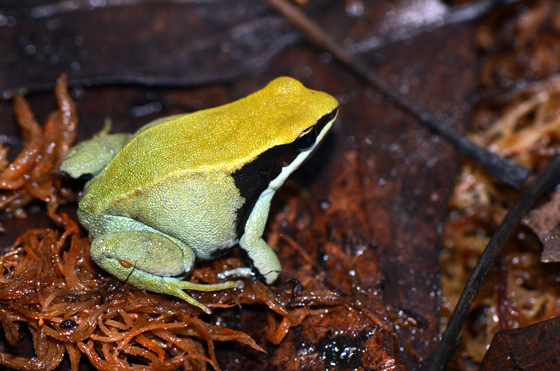 Mantella viridis. Shown here is a noticeably gravid female. She will probably lay eggs within 48 hours. 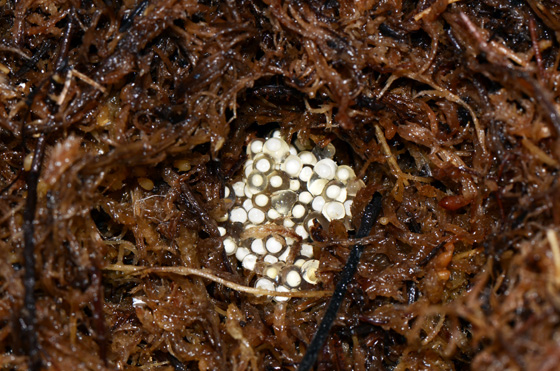 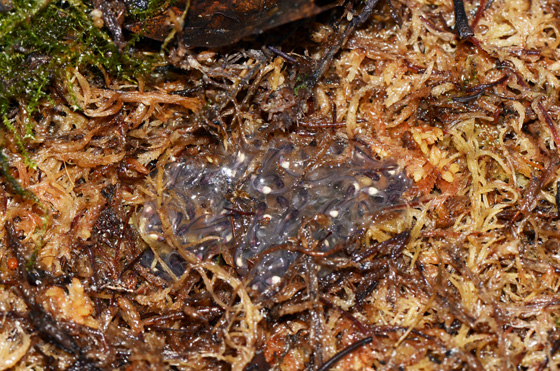 Mantella expectata.  A well developed clutch with the writhing mass of tadpoles breaking free from the egg mass. Mantellas can lay huge clutches, often in excess of 100 eggs. 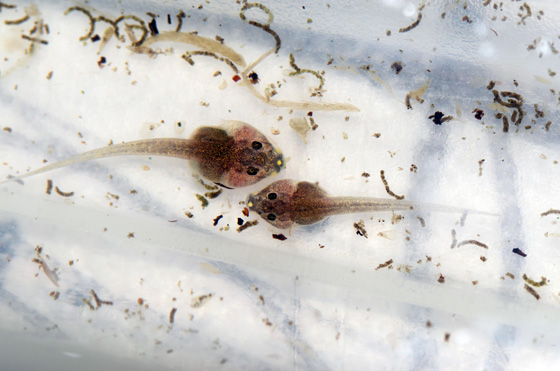 At two weeks old, these aurantiaca tadpoles have already put on considerable size.  These will undergo metamorphosis in approximately 6 weeks. 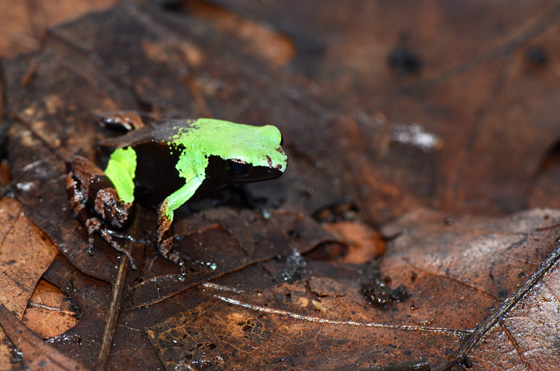 Mantella nigricans. We have not had much success breeding this species. Last year’s efforts resulted in only a handful of froglets, all of which we have held back. Hopefully we will have better results this year.

Our Mantella are finally breeding this year. For reasons not completely understood, they never bred this spring as they have done consistently for many years previous.   They are all in prime breeding form and we now have several hundred tadpoles in the water, and assuredly many more to come.  Because of the late start, we won’t have Mantella to offer this fall; the first will likely be available early in the new year.

We have also been hard at work in Peru, and Manuel has been consistently outdoing himself at the ZEF facility.  For those of you who are fans of Ranitomeya and Ameerega, the next few years will be very rewarding.  I am not in the habit of saying much before new frogs are available, so I won’t say much other than the next few years should see us offering some of the nicest, most interesting Peruvian species we ever have.  For September, we are pleased to announce the next new release for the North American Market, the “Monte Cristo” fantastica.  Many of you have seen the morph offered through our distributors in Europe this summer, and now it is available worldwide.  I think this was the first time we released a frog to Europe before the US/Canada market.  We are pleased with how this went and going forward, as more and more new frogs are released, we will probably continue to shuffle releases this way.  The Monte Cristo fantastica is a really intensely coloured frog.  We have priced them modestly since they are similarly patterned to the Caynarachi form, but we are sure all who receive them will be surprised at the rich vibrant colours these frogs possess.  Like almost all fantastica there is a fair degree of variation of colour and pattern on the crown as well as with dorsal markings. 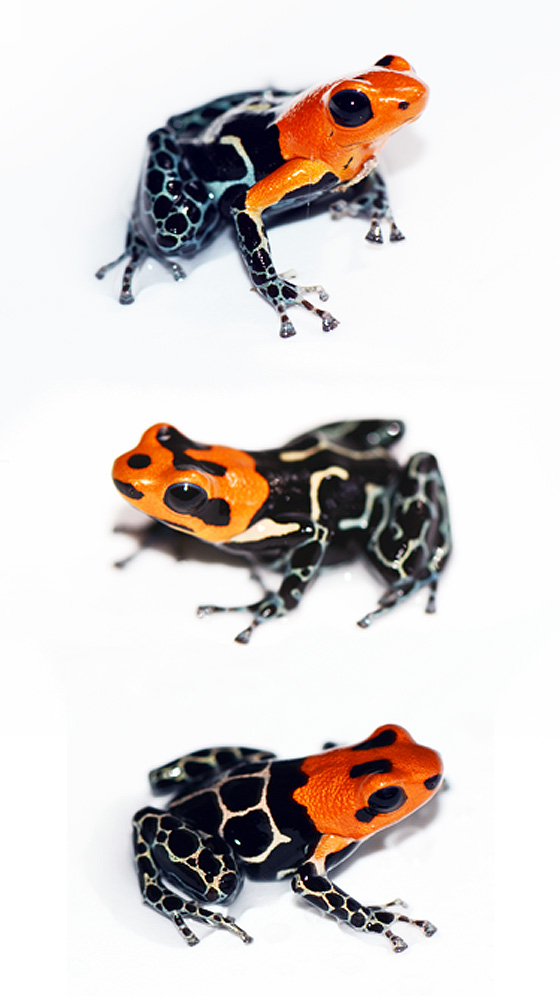 Ranitomeya fantastica “monte cristo”  a large and somewhat variable form of this species, from the eastern extreme of its distribution.

At this time we would like to offer a sincere thanks to all of our customers and distributors, without your support we would not be able to do the work that we do!Our Next US shipment via Indoor Ecosystems is set for November 14th.  As usual contact us for complete availability and pricing.For Canadians, we are considering a WIKIRI import early spring 2017 for pre-orders only.  Anyone interested in their frogs, please contact us.  A reminder that Tim of Indoor Ecosystems is now handling all the orders and logistics for WIKIRI imports direct to the US.  You are in good hands with him, so please contact him if interested in the great frogs they offer.

It’s show season here in Ontario again.  The CRBE/Canadian Pet Expo was held on Sept. 10th & 11th and as usual that show was exhausting but successful!  Our next shows are the Downsview Reptile Expo at Downsview Park on October 16th, followed by the Christmas Pet Expo at the International Centre on November 19th & 20th.